Why are we afraid of screaming, “NO!”

This week’s word in our “Get Naked” message series leading us up to the Crucifixion and Resurrection is “No!” 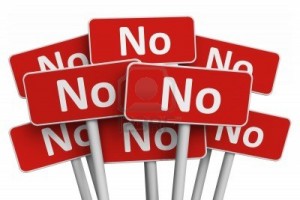 Not “no” in the sense that we are declining a party invite or “no, don’t do that” as we would say to a child.

But rather “NO!” as we would scream out to God in our times/moments of anger, frustration, desperation, and exasperation!

A clergy friend of mine from Georgia tells a story about a dark period in his life.

In just two short years his wife was diagnosed with cancer, two of their teenage children became clinically depressed, one attempting suicide. His appointment changed and he moved churches in the middle of it all. The new appointment was not quite as healthy as the conference thought. They said they wanted “new life” and “diversity,” yet once they were given what they wanted, they realized that meant “change” and they began to move backward rather than forward. His mother became ill and needed long-term care, and he was trying to both finish the steps toward ordination and finish his DMin degree.

He shared that one-day he sat in his office with his head in his hands weeping, crying out to God.
“God, NO! This is NOT going to work! This is not what I bargained for! I NEED you. I need my kids to not struggle day in and day out. I NEED my wife to live. I NEED to get a grasp on my life so that I do not constantly feel like I am drowning . . . God – I am NOT going to drown, you have GOT to help me find a way out!”

We find ourselves asking, “How much longer? How can I keep going on living this way?”

Most often the season in the wilderness comes to an end and “WHEN” gives way to “AGAIN” but sometimes it does not.

Sometimes the passageway leads us to a door and we open it, excited for what we find inside. Yet once we step in, we realize that the door isn’t a pathway to hope at all; it is merely a closet of darkness.

It is in these moments we raise our fists and rage at God.
“NO!”

Is there an area in life where you are struggling and feel overwhelmed with the continual circumstances and you need to rage with “NO, God!” but haven’t?

Do you have a friend that needs permission to cry out “NO!” and you could help him/her by giving them permission to be angry and refuse the current state of life?

2-4 Consider it a sheer gift, friends, when tests and challenges come at you from all sides. You know that under pressure, your faith-life is forced into the open and shows its true colors. So don’t try to get out of anything prematurely. Let it do its work so you become mature and well-developed, not deficient in any way.