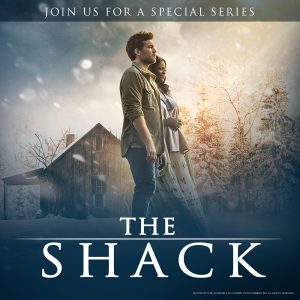 Think back to your childhood.

When is the first time you remember “blaming” someone for something when you knew that YOU were actually the one to blame?

As Mack wrestled with his grief of losing his daughter, he found that he could not reconcile his thoughts of God being all loving, all-powerful, and all good and God allowing Missy to die so tragically.

Why is it that we blame people for things?

One of the most destructive human pastimes is playing the blame game. It is responsible for mass casualties of war, acts of road rage, and on an interpersonal level a considerable amount of human frustration and unhappiness. The blame game consists of blaming another person for something that is undesirable, and persisting in that blame INSTEAD of proactively making changes that rectify the situation.

It is more often than non irrational thoughts that justifies blaming others. Sometimes, in fact many times, things happen that are beyond one particular person’s control.

For example, traffic accidents are just that – accidents.
Relationship struggles stem from people’s personalities being different and each individual not knowing how best to navigate those differences.

It’s funny when people get sick they immediately have to find someone “to blame.” Why can’t we just “be sick?” Could it not be a virus in the air? Just because one event follows another, it doesn’t mean the first one is to blame for the second.

Perhaps we can give up our ideas that someone has to always be blamed.

Every day life is not a court of law and we are not the judge and the jury.

What if we accept our fallibility as a path towards becoming better people? What if we quit blaming others for things and just accept things as they are? What if, as we accept things, we ask ourselves what we can learn and how can we grow?

Just because we believe there is God, it doesn’t mean that the universe is perfect. In fact, that’s one of the whole points of Genesis – that we DO NOT live in a perfect universe. Humanity was given an ability to choose . . . and when we chose, thus began the imperfection. Thus began the spiral of bad things happening to “good” people. Therefore there really isn’t a lot of room for a blame game.

God is kind, but not soft.

Romans 2:
1-2 Those people are on a dark spiral downward. But if you think that leaves you on the high ground where you can point your finger at others, think again. Every time you criticize someone, you condemn yourself. It takes one to know one. Judgmental criticism of others is a well-known way of escaping detection in your own crimes and misdemeanors. But God isn’t so easily diverted. He sees right through all such smoke screens and holds you to what you’ve done.