How big is your lion?
Have you ever thought of chasing a lion? Probably not, me either!
Last year when we were in Africa we had an opportunity to go with the graduating class of Acres of Hope on a safari. We went early in the morning so we would have a chance to get the best glimpse of the animals. And our safari guide exclaimed how excited he was to see the lions lying by the side of the road. Typically it is difficult for safari groups to see lions.

I was really excited as well . . . until I thought through what could happen if the lion decided she’d like a tasty snack of North Carolinians. She seemed really interested in our van.

In scripture, there is a story of a man named Benaiah. He only takes up two verses but his story teaches us some powerful lessons.
2 Samuel 23:20-21
Benaiah son of Jehoiada from Kabzeel was a vigorous man who accomplished a great deal. He once killed two lion cubs in Moab. Another time, on a snowy day, he climbed down into a pit and killed a lion. Another time he killed a formidable Egyptian. The Egyptian was armed with a spear and Benaiah went against him with nothing but a walking stick; he seized the spear from his grip and killed him with his own spear.
After these fearless acts, Benaiah went on to be revered and respected, and served as one of King David’s bodyguards. Not a bad deal during that time period.
Sometimes we miss out on life’s greatest opportunities because we are afraid to face our fears and chase our lions. We become consumed with our worry and it paralyzes us. We don’t move forward and end up missing out on some of life’s most amazing things.
Benaiah not only wasn’t consumed with worry, he looked those lions right in the eye and conquered them.
We all have stuff in our lives that we wrestle with: jobs (or lack thereof), financial security, illness, death, relationships, depression, addiction, loneliness, grief. We often worry about these things and want to be in control.
However, what we often forget is God empowers us to be in control by chasing these lions. Following Jesus was never an act of comfort but instead one where his followers were often encouraged to chase lions – fight instead of flight.
We can look dead even in the eyes of our lions because we are also allowed to look dead even into the eyes of God.
What do we find there?
Love.
Peace.
Patience.
Kindness.
Faithfulness.
Acceptance.
Forgiveness.
Grace.
Hope.
Joy.
When we focus on God, God becomes big and our lions become small.
One thing is for sure. In the middle of “the pit” it doesn’t feel anything like security and something we can conquer. However, if we take a moment to look back in the rearview mirror at all the pits we’ve been in AND climbed out of, we are able to see that God carried us through each and every one.
Instead of worrying, go chase some lions. 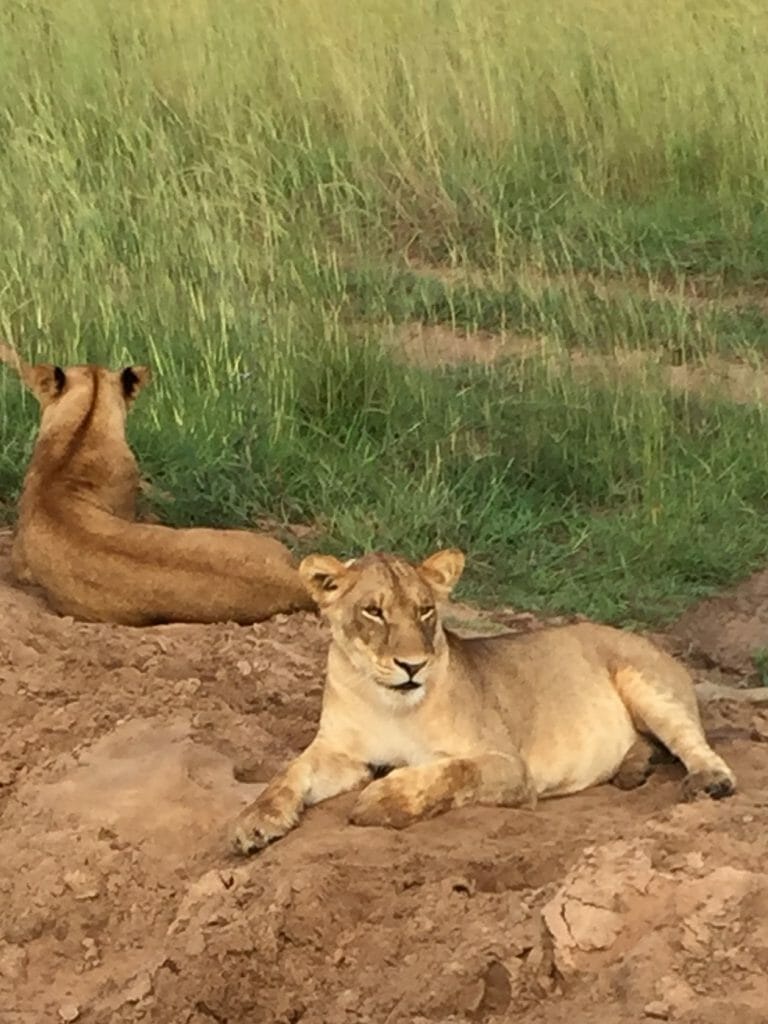